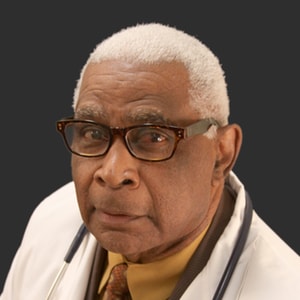 ABOUT Lloyd B. Daniels, MD, FACOG

Lloyd B. Daniels, MD, FACOG was born in Montego Bay, Jamaica, West Indies. He received his Bachelor of Science in Zoology with a minor in Chemistry from Howard University in 1968. Dr. Daniels graduated Magna Cum Laude and was accepted to the Phi Beta Kappa Academic Honor Society in his junior year. Dr. Daniels received his medical degree from Howard University College of Medicine in 1972. He completed his internship and residency at Howard University Medical Hospital in 1977. Dr. Daniels was appointed to the medical staff at Aiken Regional Medical Centers in 1977 where he was an attending physician in Obstetrics and Gynecology for over thirty-nine years. He was elected by his peers to serve as Chairman of the Department of Obstetrics and Gynecology at Aiken Regional Medical Centers. Dr. Daniels joined the staff at Rural Health Services eight years ago. Dr. Daniels is a Fellow of the American College of Obstetricians and Gynecologists and was Board Certified by the American Board of Obstetricians and Gynecologists in 1981. He is married with one daughter and two sons. In his spare time, he enjoys playing golf and traveling.